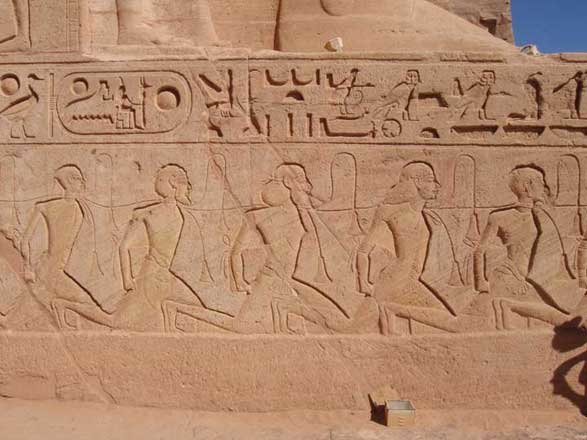 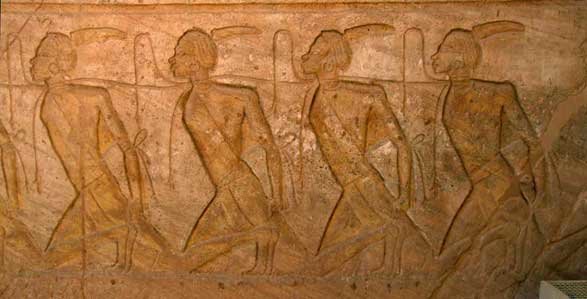 Moving towards the huge doorway of the great temple, Ramesses let’s it be known how he will deal with the Nine Bows of Egypt. Faceing the sunrise, the enemies of northern Egypt are carved into the north wall, shown as prisoners, bound together with papyrus. Egypt’s southern enemies are depicted on the south wall bound with lotus.

I’m sure this was a message, a giant billboard, warning anyone that ventured to this remote frontier outpost of the great Empire.

“I’m Ramesses the great. You’re in Egypt now. Beware, Do not oppose me!”

The next photograph is An Osiris pillar at Abu Simbel

Marvel Comics They Live Among Us Beware The Clan Destine #12