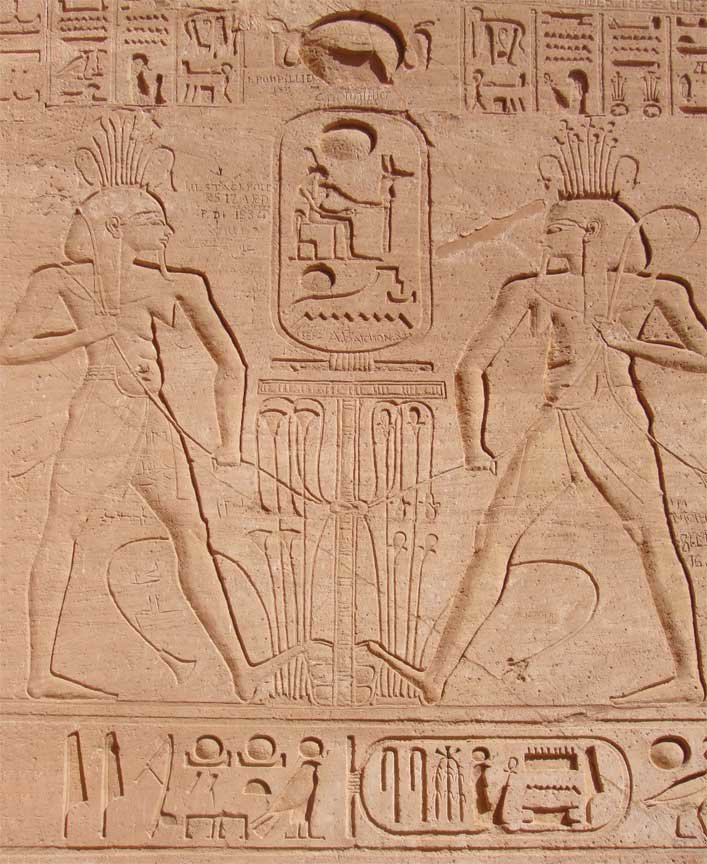 . . . .Under the cartouche of Usermaatre Setepenre A.K.A. Ramesses the Great we find two river gods named Hapi tieing a knot around a sema. This scene represents the unititing of upper and lower Egypt. On the left Hapi wears a lotus crown and uses lotus to bind the sema. On the right he wears papyrus and uses papyrus to tie the sema. Lotus represents Upper Egypt (south), while papyrus reresents Lower Egypt (north). Remember, the Nile runs from the south to the north. Travel south and you are up river, travel north and you will be down river.

The next photograph is
An Osiris pillar at Abu Simbel
South