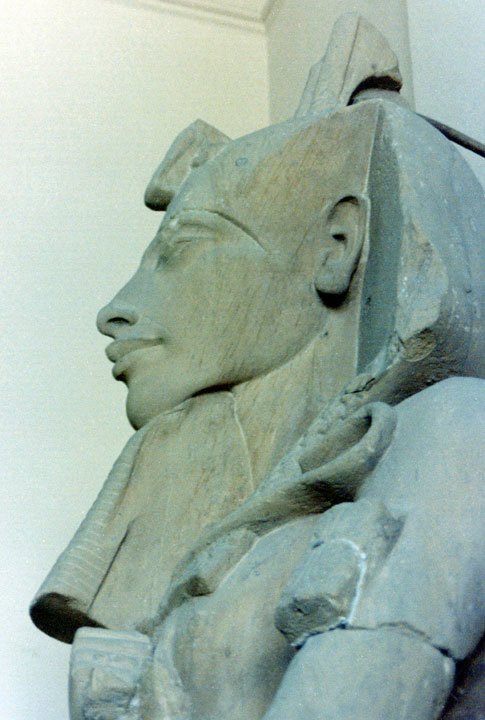 About four years into his reign, the Pharaoh Amenhotep IV changed his name to Akhenaten. He was responsible for the most drastic changes in ancient Egypt, a society that prided itself on the ideals of tradition and stability. This is known as the Amarna period. You can see by the images above, the art of Egypt no longer showed the pharaoh as a perfect human specimen. Note the wide hips, thin waist, and facial features that radically depart from traditional Egyptian styles. Was he afflicted or perhaps deformed? Most scholars believe that it was simply an artistic convention. Religion also changed dramatically during this period; Akhenaten abolished the worship of many gods and brought about a monotheistic religion. His new god was called, Aten. Aten was described as being the creative force in the universe. It manifested itself as a solar disc with rays extending out, ending as hands.

The next photograph is
Golden Mask of Tutankhamun
Akhenaten