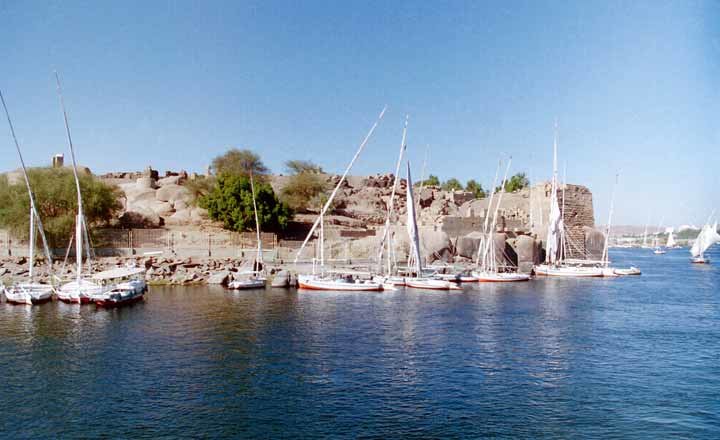 We pass by feluccas moored at Elephantine Island as we take the short but enjoyable ferry ride from the hotel where our cruise ship is docked, to downtown Aswan. Evidence of the islands ancient importance can be seen even at this distance, as ruined walls and foundations come into view.
This is the Island of the ram-god, Khnum, the “Lord of Cool Waters”. Legend has it that the Nile bubbled up from the underworld to form two whirlpools, deep in caverns on this island. It was Khnum who send half its flow to the north and half to the south.
My favorite sight as we glide by the island is the ancient hieroglyphic graffiti scratched onto the granite rocks untold generations ago. I can’t help but wonder who wrote it and what story it tells.

The next photograph is
The Unfinished Obelisk
Island.