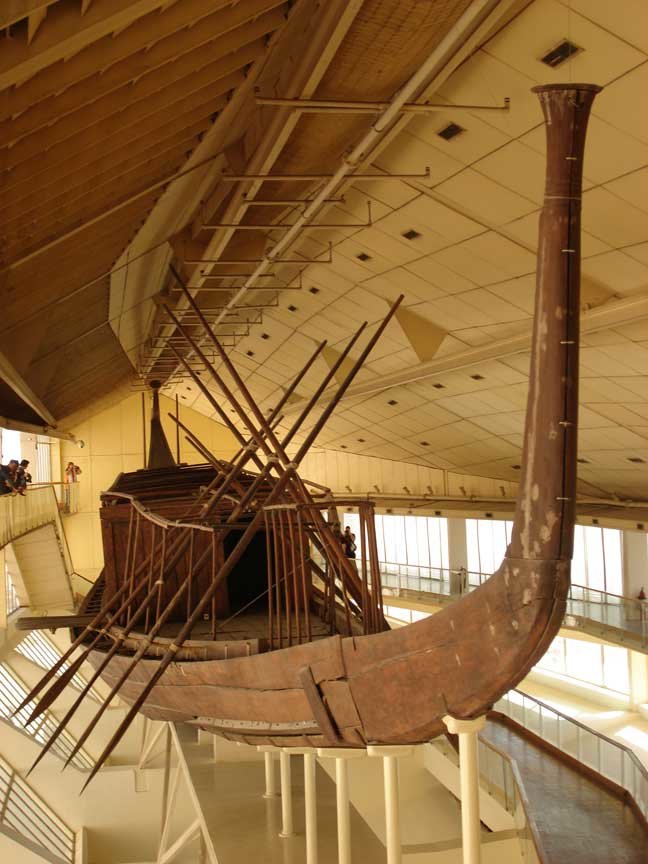 . . .The solar barque of Cheops  is over 140 feet long and nearly 20 feet wide. It is the worlds oldest intact boat. It was discovered in 1954 by Kamal el-Mallakh buried in a pit on the east side of the pyramid of Cheops. At that time it was disassembled and stored in 1,224 pieces. It is a beautiful example of Egyptian boat building technique. Made of cedar from Lebanon and lashed together with  ropes woven from grass. Although it is seaworthy there is debate as to wether it has ever been in the Nile, It is believed to have been built for ceremonial purposes since there is no rigging and no room for a crew to navigate a boat this size. 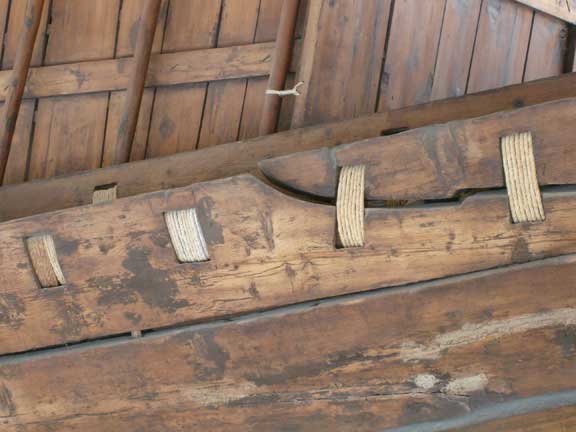 .The boat pit next to the pyramid of Cheops is now empty. The giant cover stones which at one time were ment to protect the solar barque untill the pharoah would need it in his afterlife are now on display in the solar barque museum. 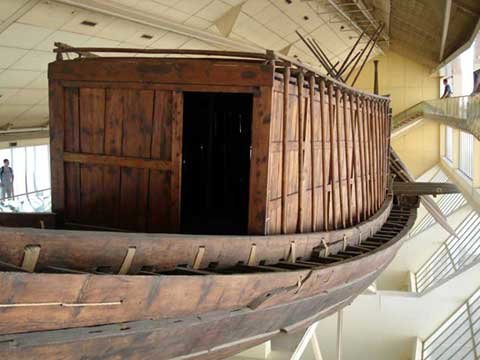 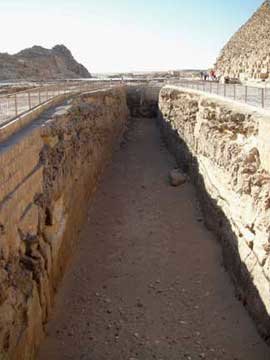 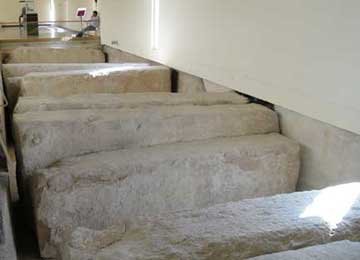 The next photograph is
The Pyramid of Khafre
Cheops