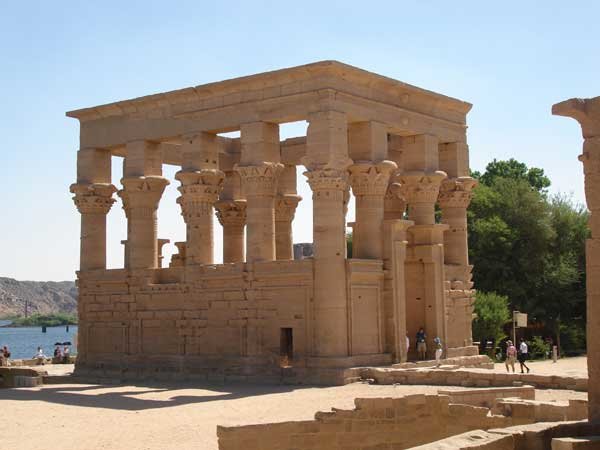 . . .This kiosk was built but never finished by the Pharaoh/Roman Emperor Trajan who ruled Egypt from 98 till 117 A.D. It is where the Sacred Barque of Isis was kept when the goddess was on the island. The shadowed building on the left is the Temple of Hathor
. . . . .The rust colored object in the water, is the dike that was built for the rescue of the temples of Philae. This marks the original location of the island.

The next photograph is
The West Colonnade
Trajan.