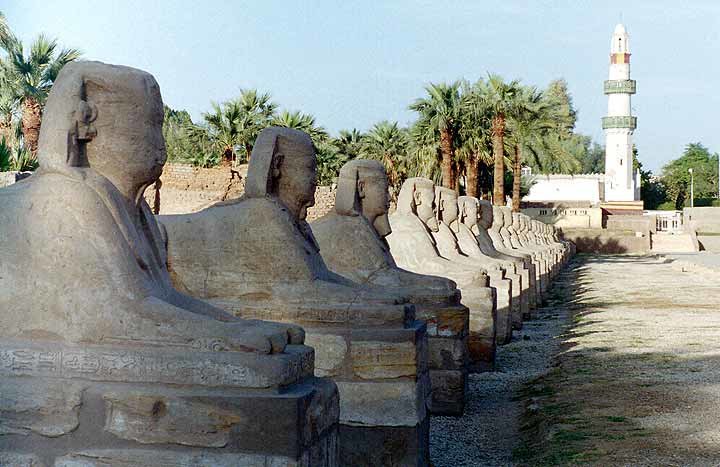 The avenue of human-headed sphinxes runs more than a mile, between the Temple of Luxor and the Temple of Karnak. A long, straight avenue like this is called a dromos. Most of this dromos remains buried under the modern city of Thebes. In this picture you can see the avenue runing beneath a Mosque in the distance.

The next photograph is A Sphinx at Luxor Temple