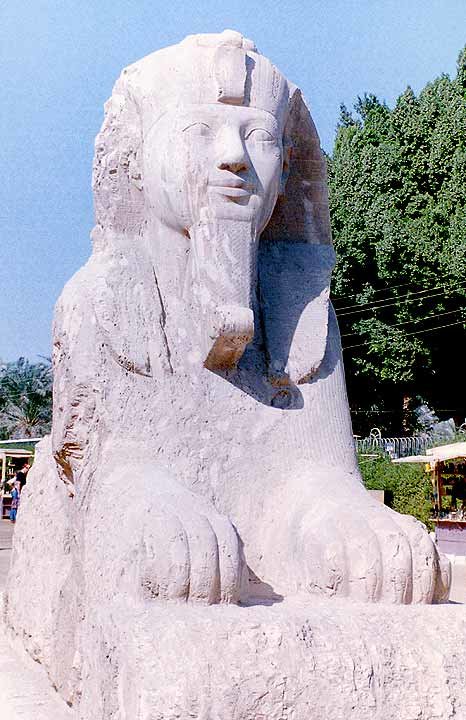 The ancient city of Memphis has all but disappeared under the modern village of Mit Rahina. It is beleived that a temple is buried here that would rival the size of Karnak. This was the first capital city of Egypt, the first capital in the world, the city of the great godPtah. But it did not survive into the modern era. One of the few places to see the remnants of this ancient glory is in the open air museum in the enclosure of Ptah. This sphinx that we see here is known as the Alabaster Sphinx, it true identity lost to the ravages of time.

The next photograph is
A Panoramic View Looking South
Rahina