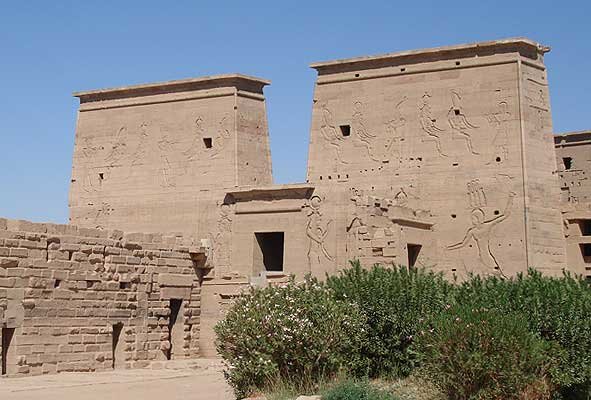 . . . .The first pylon in the temple of Isis was built during the reign of Ptolomy VII. Althoughbeautiful in its proportions and decorations the scale of this and the second pylon are smaller than most you will find in Egypt. This one stands only about 60 feet high. It is unusual that it has two doorways in it. The opening on the left leads to one of the best preserved birth houses in Egypt. The birth house was built here by the workers of Ptolomy VIII and dedicated to the birth of Isis’s son Horus. 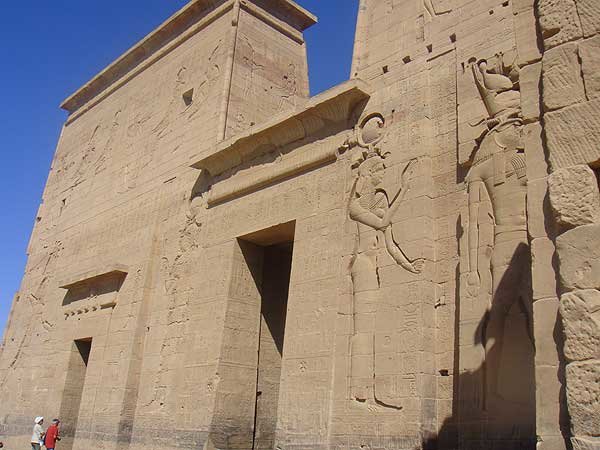 The Second Pylon at Philae. 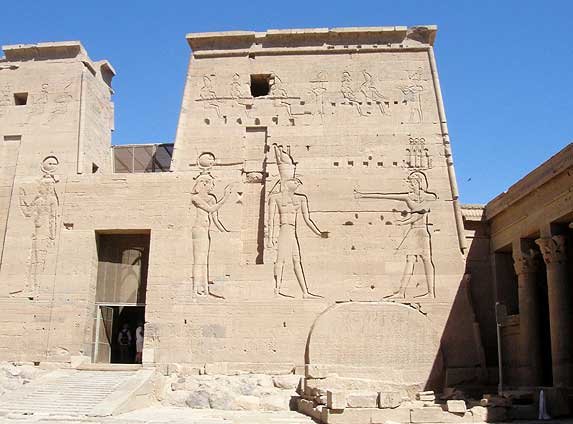 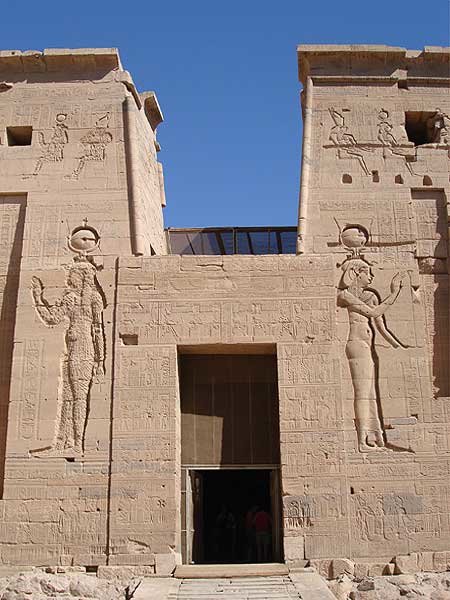 . . . .The damage done to the carvings on both the first and second pylons is striking. In these photos you can see images of Isis and other gods, mirrored on either side of the main enterances. The gods on the left side have been systematically 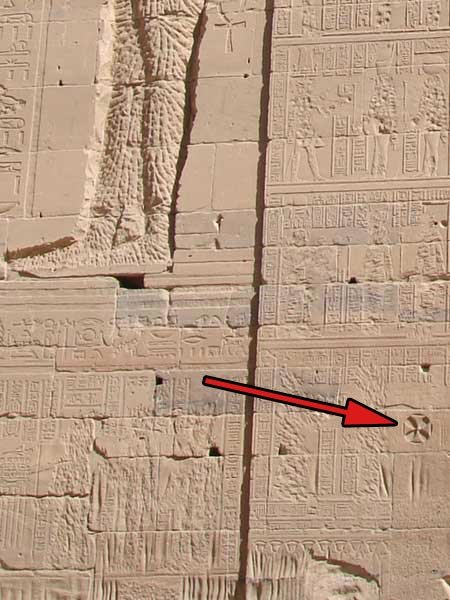 defaced while those on the right were left alone. This was done in an effort to convince the followers of Isis to abandon her cult. Isis was perhaps the most popular goddess of this time, her cult was not ended here until the Emperor Justinian forced the closure of the temple in 535 AD. Christians took over these buildings and converted them into churches. These earlyChristians carved crosses onto both sides of all the doorways in the temple. You see marked by the red arrow one of these carved crosses.

The next photograph is
Inside Philae
Philae.

EGYPT, The Island of Philae & Its Temples--Underwood B11