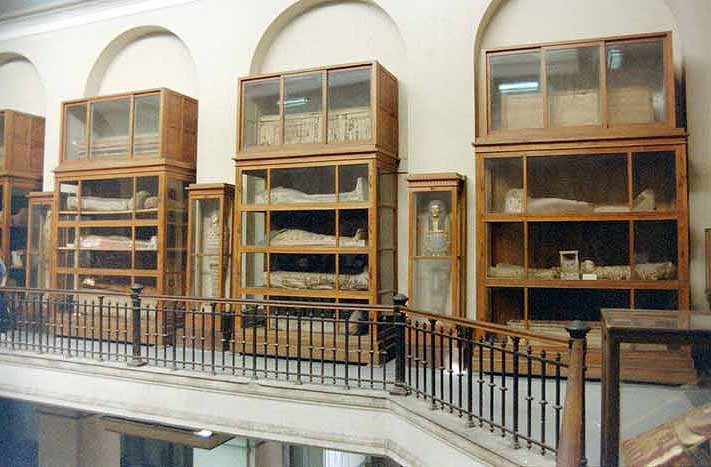 A mummy is a preserved corpse by either natural or artificial means. The word comes from the Persian word; “moumiya” which described the sticky black tar substance used to help preserve the body. Egyptian mummification was a 70 day process that involved removing the internal organs and thoroughly drying the body to avoid any source of decay. The Egyptians believed that an intact body was needed for a successful afterlife.
. . . . .They are stacked high in the Cairo Museum, there are mummies everywhere! mummies have been used for many things over the years. The American writer, Mark Twain tells us that on his trip to Egypt they burned mummies to fuel the steam ships that traveled up and down the Nile. Mummy was also used as a medicine, ground into a powder and used to cure an upset stomach. Artists may have heard of a paint color called mummy brown, the pigment being made of ground mummy powder.

. . . . .Finally, mummies are beginning to get the respect that they deserve. The royal mummies, although still on display are treated as honored dead. They are guarded, photographs and talking are prohibited in their presence. After all, they are among the greatest rulers to have ever lived.