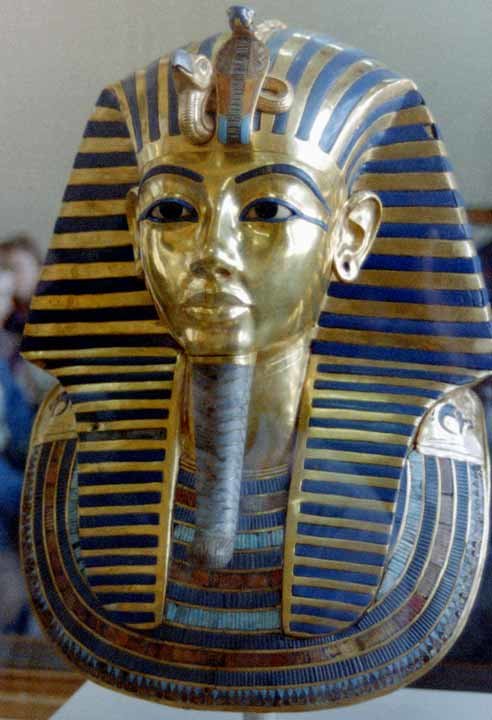 .This mask is 24 pounds of solid gold, inlaid lapis lazuli, carnelian, quartz, turquoise, obsidian, and colored glass. When the boy king’s tomb was found in 1922 by Howard Carter, the king rested inside three golden coffins. Two were made of wood with gold overlay, the third was 296 pounds of solid gold. He was wearing the mask shown above. Tutankhamun only lived about 18 years. He assumed the throne at around the age of 7. For most of his reign he was little more than a figurehead of a government that began reestablishing the stability of the traditional art and religion torn down by his predecessor, Akhenaten. The amount of wealth that was showered on this boy in his short life is truly staggering. Imagine the riches that must have been bestowed on Egypt in more stable and prosperous days.

The next photograph is Alabaster Canopic Jar Lids