his is the Obelisk of Hatshepsut. It is the tallest obelisk still standing in Egypt and one of two still standing at Karnak. It is 97 feet high, and is 320 tons of solid Aswan granite. Surpassed in height only by the obelisk of Tuthmosis III which now resides in Paris. Obelisks are considered representations of the mythical benben stone of Heliopolis. The twin of this obelisk is now laying on the ground where it fell as seen in this photo. The hieroglyphs are in excellent condition and give tourists a rare close up view of an obelisk’s top. 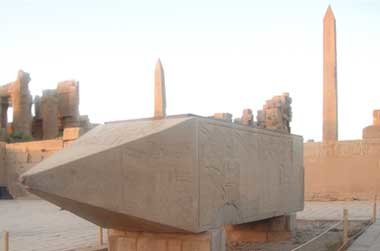 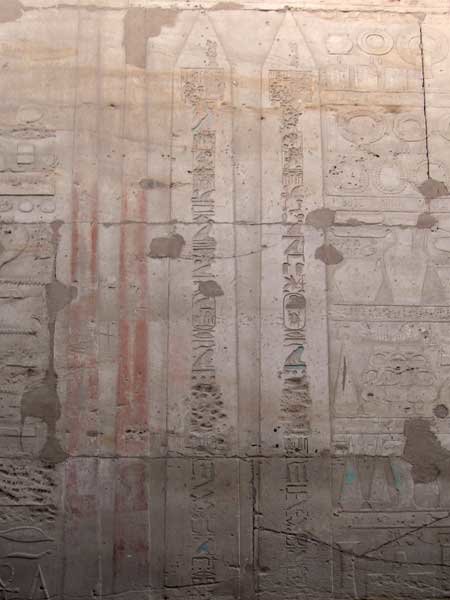 On the walls nearby the feet of her obelisks is the story of their construction. Hatshepsut claims that it took less than 7 months for her workers to cut and decorate these two giants in the quarries of Aswan, move them by boat to Karnak, and raised them side by side in the courtyard between the 4th and 5th Pylon at Karnak. It is an incredible claim that thus far can not been proven since we know so little about ancient construction techniques. 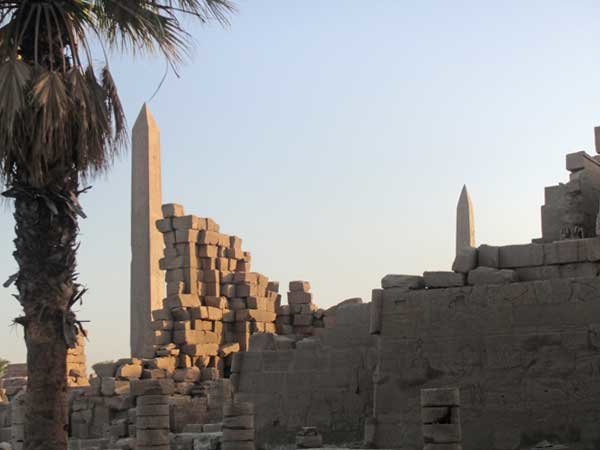 There are only two obelisks standing at Karnak now. Both of which are seen in this picture. The tallest stands about 97 feet high, and is 320 tons of solid granite. It was placed here by Hatshepsut.  The smaller obelisk was raised by the crews of Thutmosis I. It is about 65 feet tall weighing in at 143 tons.

Standing near the Sacred Lake we are looking back toward the pylon of Nectanebo I which is the structure with the square windows on the left side of this picture. This area is part of the precinct of Amun in which all of the monuments are dedicated to the god Amun. In the center of this picture is the Hypostyle Hall which covers an area of nearly 60,000 sq. feet. It is the largest pillared hall in Egypt and among the largest in the world. The obelisk of Hatshepsut and the smaller obelisk of Thutmosis I are also seen here. 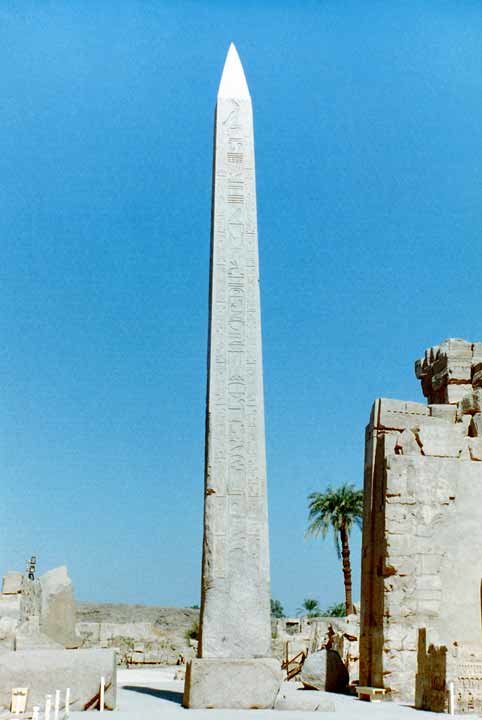 The obelisk of Thutmosis I is about 65 feet tall weighs in at 143 tons. It is the smaller of the two obelisks still standing in the precinct of Amun at Karnak. 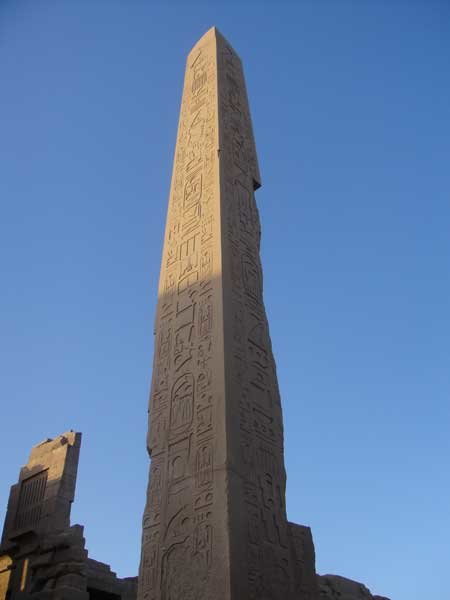 The next photograph is
The White Chapel at Karnak
Karnak