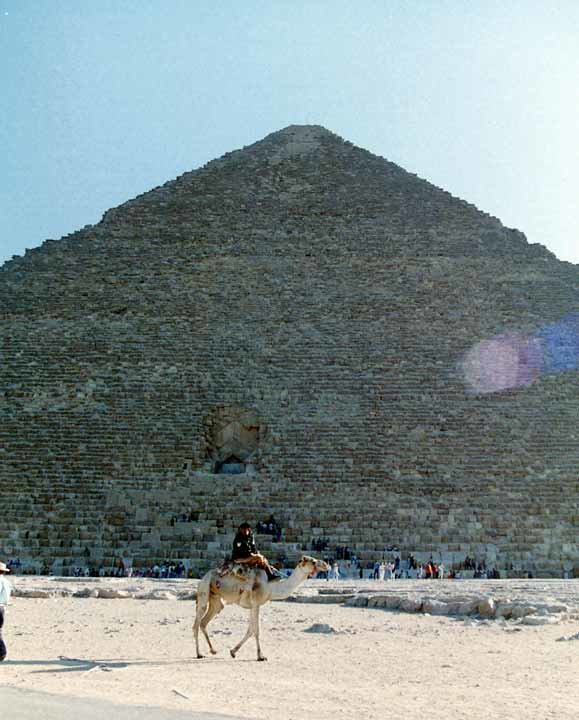 The entrance to the great pyramid of Cheops can be seen just above the camel rider’s head. Although a steady stream of people enter through a passage that is just behind the rider. This entrance was forced into the pyramid be Caliph Ma’amun and his men in the 9th century A.D. They were in search of a fabled treasure, their efforts were in vane as the treasure had long ago been plundered. This passage is roughly hacked into the huge structure, it later meets a descending corridor that was built for the journey of the pharaoh Cheops into his burial chamber. 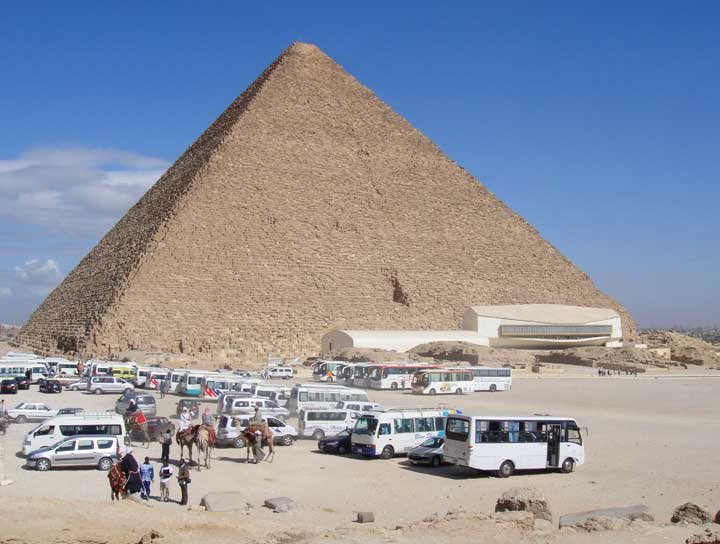 The white building in front of the pyramid houses the Solar Barque of Cheops.

The Solar Barque of Cheops