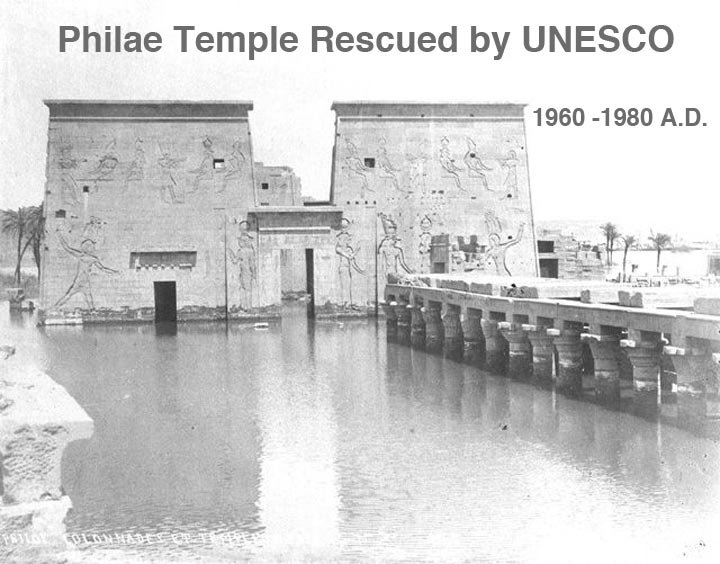 This is how the Island of Philae had appeared since the construction of the first dam at Aswan in 1902. For most of the year it was partially submerged under the new artificial lake. But the worst was yet to come. The construction of the Aswan High Dam would place it at the bottom of Lake Nasser. A disasterous prospect. The world was about to lose one of its most beautiful islands.
. . . . .The Egyptian Government called on the world for help, and along with UNESCO rescued the temples of Philae. A dike was constructed around the island and the water was pumped out. The temples were dismantled and moved to higher ground on the island of Agikia. This island was flattened and reshaped, then the temples were reconstructed. The dike can still be seen in the waters of Lake Nasser, revealing the origional location of Philae. 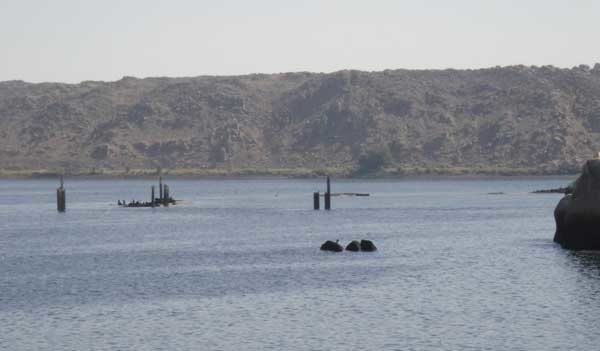 The next photograph is
Approaching Philae.
Philae.