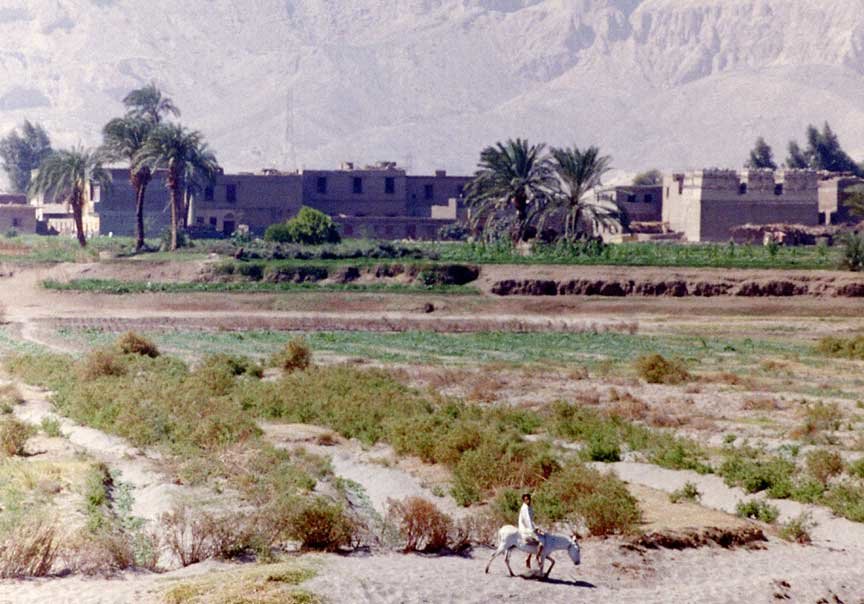 Donkeys are still a reliable mode of transportation in this part of Egypt. This thin strip of land that you see between the river and the cliffs is typical of the amount of land that the Egyptians had on which to raise their crops and build their villages. In the distance you can see the cliffs that mark the edge of the western desert. The Egyptians could not have created a better defence against invaders from the west. In order for an army to attack Egypt from this direction they first would have to cross a vast expance of desert, then scramble down these cliff and still have enough fight in them to overcome the Egyptians. Needless to say, that never happened.

The next photograph is
Minarets
Rider.