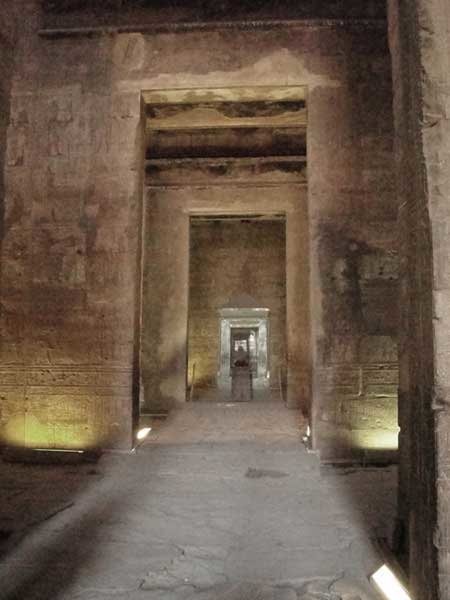 Standing in the hypostyle hallwe are looking towards the barque sanctuary. The object in the distance appears to be metallic, but it is highly polished granite. This is the naos of Nectanebo II.

The highly polished granite Naos of Nectanebo II is where the cult statue of Horus would have been kept. The naos predates this part of the temple by more than 100 years. 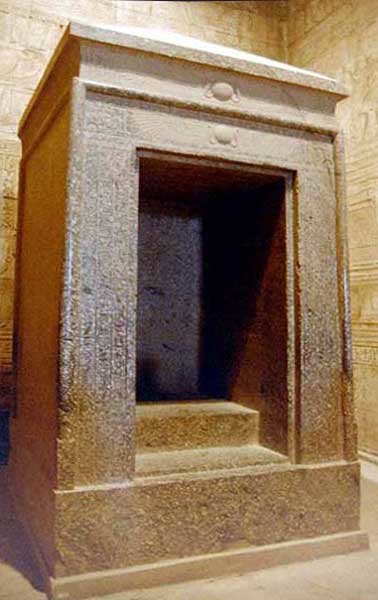 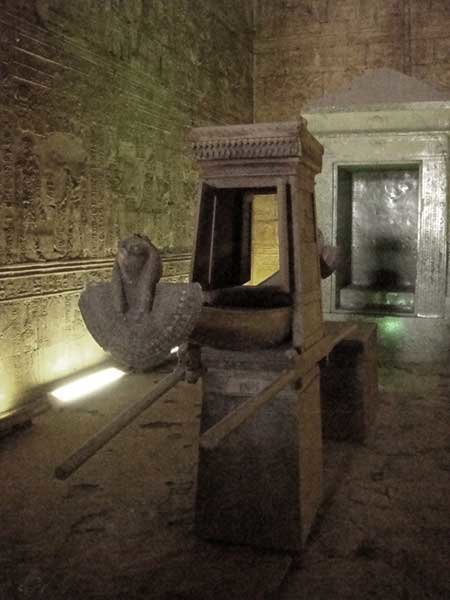 This is called a model barque. It was used to carry the cult statue of Horus out for festivals.

This barque is a replica of one that once stood here. The original probably would have been gilded with gold. 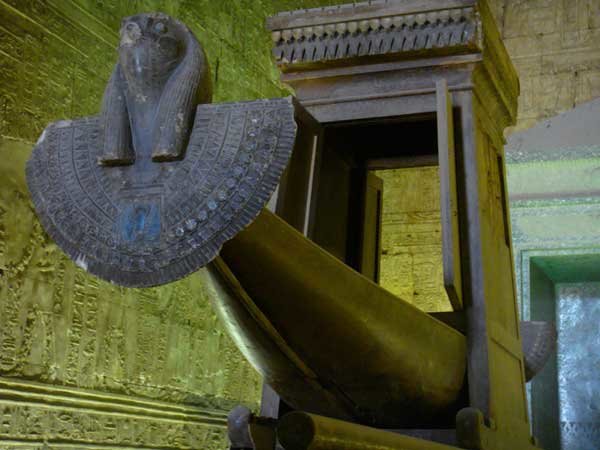 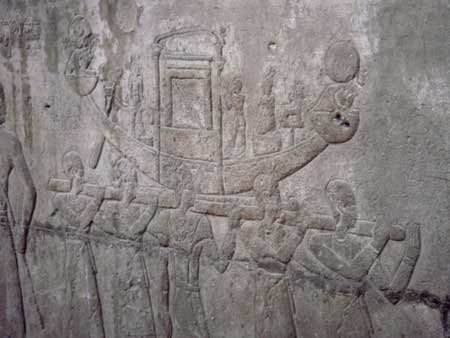 How do we know so much about these things? The boats, the rooms, and the temples? Quite simply, the Egyptians told us. They carved it in pictures and writings on the walls of this and other temples and tombs. Once we were able to read hieroglyphics many questions were answered. Many still remain.

The next photograph is
Horus of Edfu
House